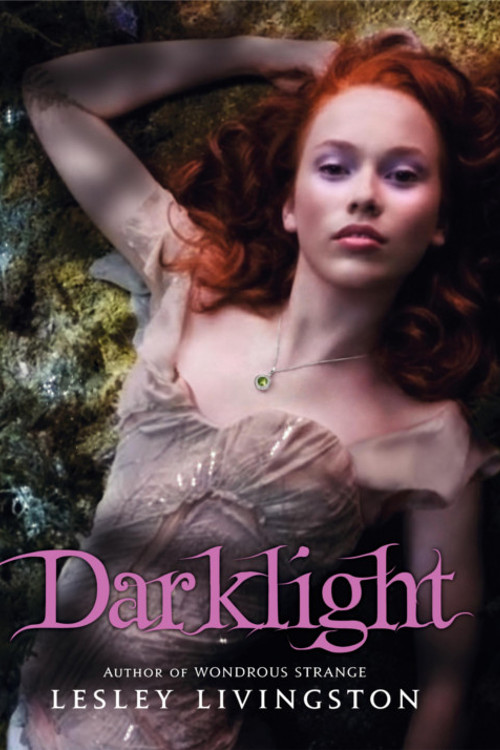 Darklight by Lesley Livingston
Publisher: Harpercollins Publishers
Page count: 310
Release Date: September 2009
Series: Wondrous Strange (2/3)
Rating:
Plot Summary: Last autumn, Kelley Winslow learned she was a Faerie princess, fell in love with changeling guard Sonny Flannery, and saved the mortal realm from the Wild Hunt. Now Kelley is stuck in NYC missing Sonny, who has been forced back to the Otherworld and into a deadly game of cat and mouse with the remaining Hunters. That is until an ancient, hidden magick begins stirring, and a dangerous new enemy emerges, willing to risk it all to steal the power.
Adapted from : Goodreads

I finally finished part two of this series after the whole “losing it in a grocery store and having to reorder from Amazon” mishap. Because of the fact that I was in the middle of the action when I lost my first copy of this book, getting back into it was a bit difficult. I debated restarting, but as it turns out, I am very lazy and so that didn’t happen. I guess you really do win some and you really do lose some… ON TO THE REVIEW!

I love a good action sequence (growing up with Harry Potter will do that to a person), so I was happy to see that Darklight really delivered on the action. Some seemed a little dragged out, but we also get to see characters facing new and exciting challenges. The ending of the book (without giving anything away) broke my heart in the most unnecessary way, but I am excited to see how it ends in the final book.

Kelley gets some real chops in this one and has to face many difficult decisions throughout the story. Though a touch too melodramatic at times, I will cut her some slack; she is still acclimatizing to the world she now belongs to. Anyone would be a little frantic. She does seem to be picking up on things much quicker in this one (except the moment when she received the note. Who the note came from was painfully obvious)

But really, it is Sonny who steals the show in this book. His character develops in a big way (hint: he may be putting his Firecracker on much too high a pedestal) and his chapters were all a rollercoaster of emotions. One moment, he’s doing great, the next he’s a mess. Which worked out, because I was right there with him.

Me, reading any chapter involving Sonny.

We also get to see a lot more interaction between the monarchs in this one. Two in particular are reeeeeally fun to watch together (they might not be who you think!). In fact, it’s gotten to the point where I feel like I ship the monarchs more than the main characters. They really need more page time, because they are sarcastic and sassy af. Puck (a.k.a. Bob the Boucca) has nothing on the monarchs, and that’s saying something because he is the perfect mood lightener when things seem their worst.

This book really delivers on secondary characters while advancing the plot in a new, interesting way. While I could do without the excruciating obliviousness/ignorance of certain characters, I still think that overall the book is worth a read. I also wonder if I may have enjoyed the book more had I been able to read it when I was in the height of my excitement about it. Alas, such was not the case.

Do you agree with my rating? Let me know in the comments below!