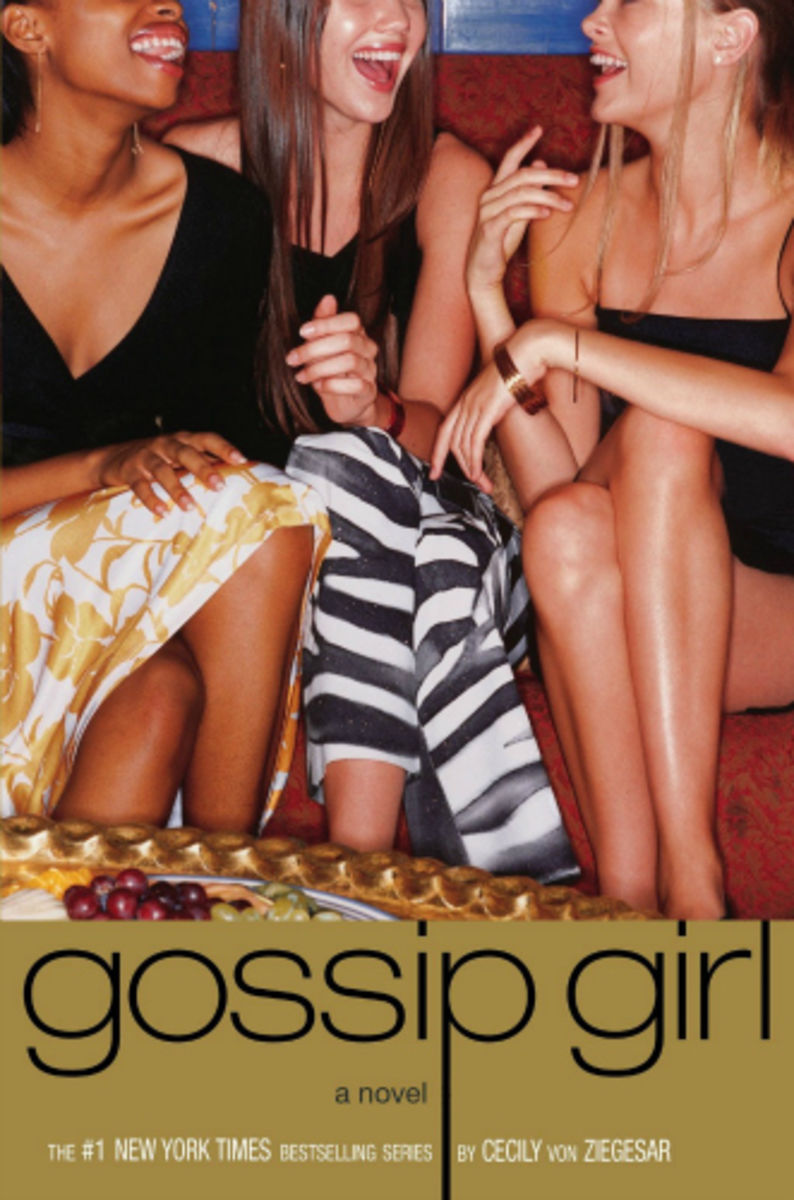 Gossip Girl by Cecily von Ziegesar
Publisher: Little, Brown and Company
Page count: 201
Release Date: 2002
Series: Gossip Girl (Book 1/11)
Rating:
Plot Summary: Welcome to New York City’s Upper East Side, where my friends and I live, go to school, play, and sleep—sometimes with each other. S is back from boarding school, and if we aren’t careful, she’s going to win over our teachers, wear that dress we couldn’t fit into, steal our boyfriends’ hearts, and basically ruin our lives in a major way. I’ll be watching closely . . .You know you love me, Gossip Girl
Adapted from: GoodReads

Gossip Girl is a guilty pleasure book, an ideal lounging-by-the-pool summer read! The partying will make you want to go out & do something fun (which you can since school is out!), the characters quickly feel like people you actually know, and the plot is full of drama – be warned, Gossip Girl is totally addictive!

Suddenly I understand what all the hype was about! Don’t get me wrong, this is not an earth-shattering read, nor is it destined to become a literary classic, but it sure is captivating!

The writing is easy to read; not necessarily simplified, but simple enough for your mind to process quickly as you speed through the novel.

The innovation of this novel is both in the concept and the format. The idea of a mysterious source spying in on the elite is irresistible - let’s be honest, we’re all curious about that 1% life! But Cecily von Ziegesar really commits to the idea with the GossipGirl.net blog pages inserted into the book. The style and layout of the blog add an element of verisimilitude to the story. 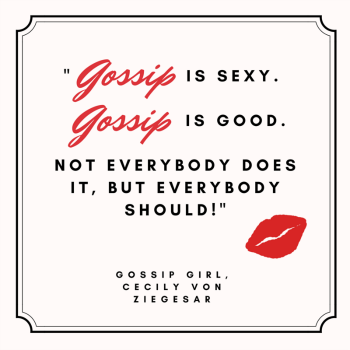 The narrative voice is also well chosen. Most of the time, the reader forgets that the narrator is the anonymous blogger, but every now and again, von Ziegesar reminds us by adding in a side comment that refers to the blog or information therefrom.

Though there are a number of characters introduced in this book, they are presented in a palatable way. From the beginning, during the party at the Waldorfs’, readers became familiar with most of the main characters and understand their dynamic enough to follow the story without feeling confused.

I was skeptical about this series, based on what I knew of the plot, that was basically a gossip column of a bunch of upper class New York teens, I had written it off as unexceptional. While I stand by my assumption about the plot, I was impressed by the enticing structure of the novel, oscillating between narrative and blog posts, and at times, showing the influence of the blog posts on the narrative and vice versa.

I was pleasantly surprised by the characters; specifically by how quickly they began to feel like acquaintances, people I actually knew. Von Ziegesar has created quite defined characters, I’m curious to see how they continue to evolve and become more complicated – moving beyond the simple two-dimensional personality perfect for a series debut. The characters largely carry this novel; conflicted Nate, inconsiderate Chuck, vindictive Blair, and, as far as I can tell, innocent Serena. I know it’s early to make claims, especially considering how long the series is and how much can change, but right now, it seem to me that Chuck and Blair are better suited to each other than Blair and Nate; both have a bit of a mean streak and are clearly ambitious, compared to the more feeble personalities of Nate and Serena who both seem a bit lost in this book, and seem to have an undeniable chemistry – Serena + Nate = <3. Serena is a bit of a mystery to me right now, SPOILER: the blogger portrayed her as a monster and Blair is nothing but mean to her for no apparent reason (I mean yeah, Serena slept with Nate, but Blair doesn’t know that, so that can’t be why she’s mad). So far, Serena seems quite sweet, although, maybe I’m being duped…

I suppose I’ll have to read the next book to find out! And read it I will, I actually picked up You Know You Love Me (Gossip Girl, book 2) from the library already!

Initially, I thought this book didn’t have much to teach me, which was part of the point, it was just supposed to be a fun, superficial summer read. But then I realized that something deeper can in fact be extrapolated.

Gossip Girl delivers a message about the power of the media. The GossipGirl.net blog is an integral part of the plot and we can see first hand the influence of this open source of information that gets quoted in the daily lives of the characters as fact without a second thought. It’s important to remember that just because something is published doesn’t necessarily make it true…

On a similar same note, the anonymity of Gossip Girl also brings up an interesting point, this character is revealing information from the “safety” of anonymity; when no one knows who you are there is less accountability. Gossip Girl is not worried about being called out on incorrect information, quite the opposite; Gossip Girl boldly makes numerous statements, assumptions and insinuations. Makes me wonder; would Gossip Girl be so bold as to publish the same content under their real name?