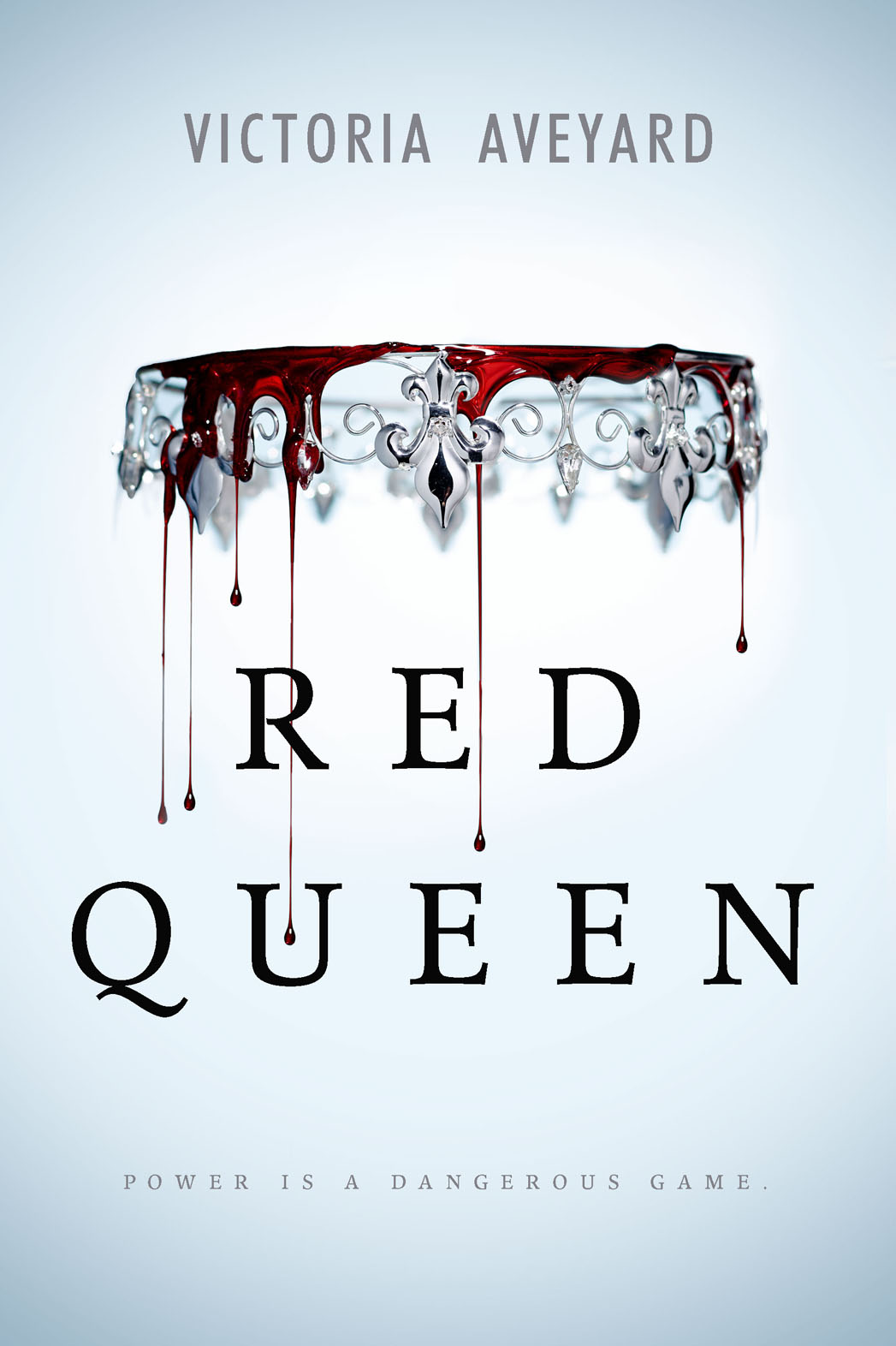 Red Queen by Victoria Aveyard
Publisher: HarperTeen
Page count: 383
Release Date: February 2015
Series: Red Queen (1/?)
Rating:
Plot Summary: The Reds are commoners, ruled by a Silver elite in possession of god-like superpowers. And to Mare Barrow, a seventeen-year-old Red girl from the poverty-stricken Stilts, it seems like nothing will ever change. That is, until she finds herself working in the Silver Palace. Here, Mare discovers that, despite her red blood, she possesses a deadly power of her own. One that threatens to destroy the balance of power.
Adapted from : GoodReads

This book and it’s sequel are alllll over Bookstagram, so going into it, I had high expectations. I (as you all know) have a terrible tendency of judging books by their covers, and this one definitely caught my attention. The design is very simple, but it threatens to have all the amazing things that make fantasy such a great genre. Royalty! Murder! Magic! Power! Yes!

When I finished the last page however, I was overcome with an overwhelming sense of “ehn.” The more I think about it, the more I can objectively see why so many people love this book, but I have a couple bones to pick.

May the Odds ever be in your favour little lightening girl

First things first, I think we need to get this out of the way. The plot of this novel feels very Hunger Games-ey. Which is not necessarily a bad thing. I loved The Hunger Games Series. I cried, I shook, I got angry, all the rest of it. However, because I’d already gone through that emotional rollercoaster, reading the Red Queen just made me feel like I’d been there before. So yes, one big issue for me is that the Red Queen reads like The Hunger Games rewrapped in Fantasy coverings.

The biggest transgression here was concerning (SPOILER) the secret base that is in District 13 the nuclear wasteland that everyone thinks can’t support human life. The parallels there are undeniable. Yet another one comes in the caste system itself. The rich who live luxery lives and the poor who are basically slaves to the rich. One big difference is that unlike in The Hunger Games, the rich/powerful do mingle and see the day to day lives of the poor, making it more ruthless.

Cal. Oh Cal. He’s good, but almost too good. You could argue that in his perfection, he is flawed, but the fact that he is always the perfect son and the perfect soldier and the perfect man trying to save his damsel drove. Me. Insane. What we need is a flawed hero. One who is passionate, one who is good and bad and everything in between. Layered.

One like I was really hoping Maven would turn out to be. The moment he (SPOILER) joined the Red Guard though, I knew it was too good to be true. I was just waiting for him to betray them. I could feel it in my bones. That doesn’t mean I wasn’t routing for (SPOILER) things to turn out differently and for Maven to actually stick with the Red Guard to help his people. After all, what a better story than that of a child who sees their parents as they are and decides to be more? However, much as I was rooting for it, I knew there wasn’t a big chance I would get that ending.

How I should have felt during the betrayal.

How I actually felt: (“Urg. Typical”)

However, it isn’t all bad. Let’s talk about the good.

The world that the story exists in is pretty neat. I’ve seen a lot of comparisons made to he X-men because of the superpowers that are genetic in nature. There are also a lot of peripheral details that I thought were neat. For instance, the fact that there is a nuclear wasteland around this land suggests that humanity threw itself into WW3 to create this world. I always like a good piece of speculative “what if we blow ourselves up” fiction, so I enjoyed that. (Sidenote, if you’re also into that, check out A Canticle for Leibowitz or The Crysalids, both amazing pieces of “what if we go nuclear” fiction.)

Also, surprisingly, I really enjoyed Evangeline for a couple reasons. She may be ruthless and at times, but I loved that about her. She is powerful, she knows what she wants and she is not going to let anyone stop her. She pushes the agenda constantly. For instance, when (SPOILER) she challenges Mare in the arena. She should logically know that she’s being a bit of a brat and that this isn’t the way to do things, but she’s got something to prove and hell if she’ll let anyone stop her. She basically tells the princes off! So whether you love or hate her, you can’t deny that she is a very powerful female character. Evil, maybe, but very powerful. We need powerful women in YA, good and bad.

For all my complaining, I will probably be picking up Glass Sword sometime soon to find out what happens to Mare and co next. I’ve been told that Red Queen is the stronger of the two books, so I’m not going to get my hopes up too much, but maybe I’ll be surprised and really love the Glass Sword.

Your turn! Do you agree with me on this book or no? Let me know what you thought in the comments below.