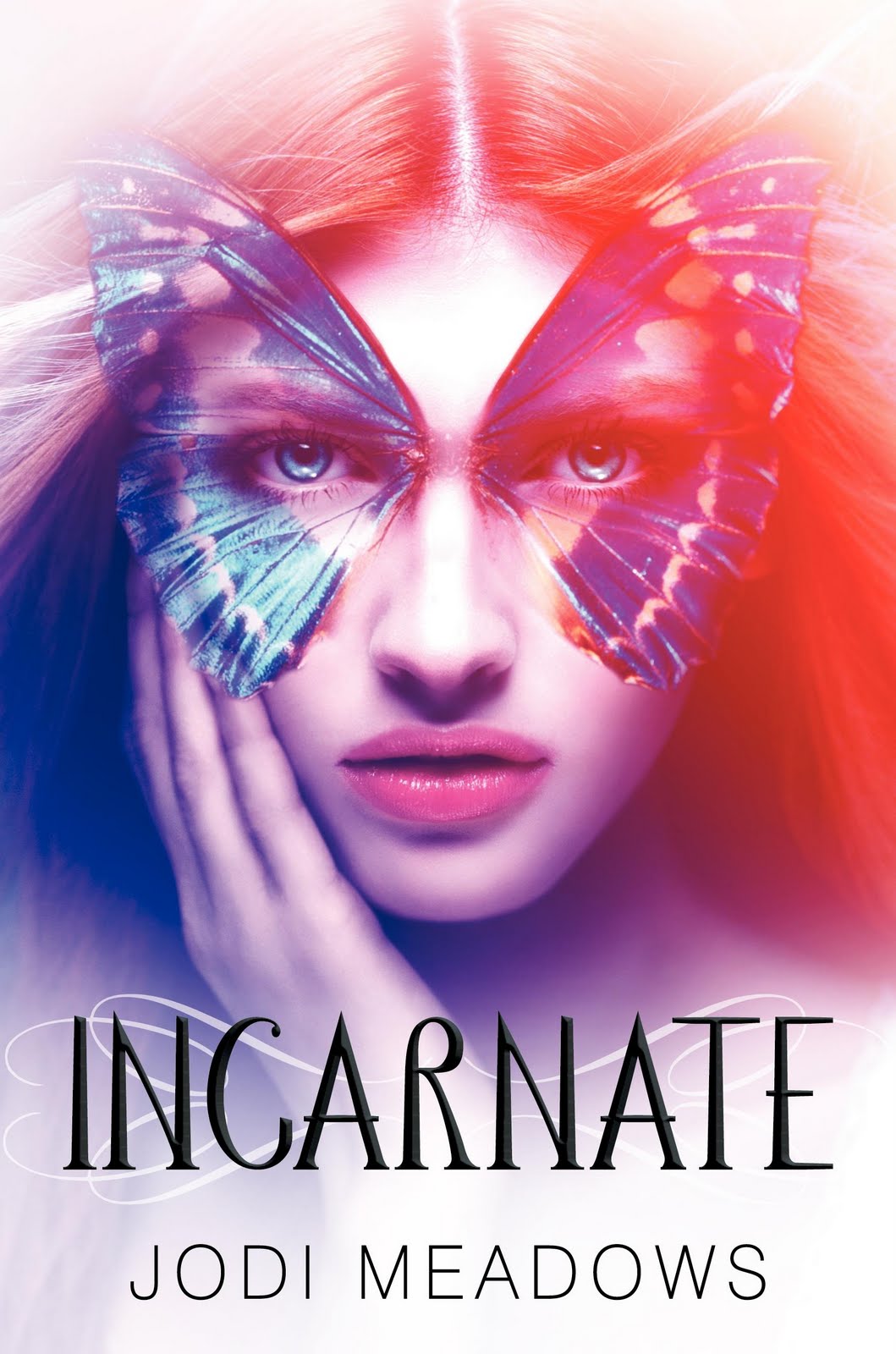 Incarnate by Jodi Meadows
Publisher: Katherine Tegen Books
Page count: 374
Release Date: 2012
Series: Newsoul (Book 1/3)
Rating:
Plot Summary: Ana is new. For thousands of years in Range, a million souls have been reincarnated over and over, keeping their memories and experiences from previous lifetimes. When Ana was born, another soul vanished, and no one knows why. To learn whether she’ll be reincarnated, Ana travels to the city of Heart, but its citizens are afraid of what her presence means. Sam believes Ana’s new soul is good and worthwhile. When he stands up for her, their relationship blooms. But can he love someone who may live only once, and will Ana’s enemies—human and creature alike—let them be together?
Adapted from: GoodReads

Incarnate is a highly creative concept; a good read for when you’re ready to jump into a new world – a fantasy-fairytale world. Ana is a complex character and her quest for acceptance and answers is simultaneously heartwarming and perilous. But stay focused, the writing is a bit rough at times! Also, expect to have lots of unanswered questions at the end of this read - sorry!

The book begins with a statement of independence, Ana is finally leaving her home and making her way to the main city of Heart (not a fan of this name, I feel the city name could have been something more original…) to find some answers about herself, not much additional context is provided, the reader, like Ana, must slowly unravel the whole story. This narrative choice and the other-worldly setting of this novel, a world where the same million souls have been born and re-born since forever, with the exception of Ana’s new soul, makes for a highly intriguing plot! Beyond Ana’s journey of self-discovery, the reader senses that something monumental is about to happen in Heart. 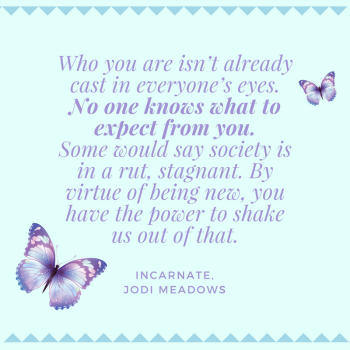 The characterization is fascinating; Jodi Meadows carefully builds the people of Heart in such a way that expresses their expansive experience despite the diverse and finite ages of their current physical incarnations. Ana’s character, being the least experienced and most immature, undergoes some major development and growth from the start to the end of the novel. She moves steadily from cold, impulsive, cynical and untrusting towards recognizing her self-worth, reflecting, caring for others and allowing herself to be cared for, and finding pleasure in her life.

The ending grants the reader partial closure; but be ready to feel 1 part happy and 4 parts confused and perplexed! I suppose I’ll need to read the next book in the series to actually get answers to all the questions that come up throughout the novel - Meadows stringing along her readers…

Some parts reminded me of a fairytale; Li feels like a stereotypical evil and oppressive guardian, and Sam, in addition to saving Ana’s life like a knight in shinning armor, is so amiable and sweet, a real Prince Charming! Plus the masquerade has a sort of Cinderella vibe to it. On the topic of the masquerade, I love how Meadows adapted it to her fantasy world making is not just about anonymously meeting people, but trying to sense and find your soulmate!

The masquerade was a key moment in the book for a number of reasons, and the scene was surprising in a few ways. In fact, Incarnate is full of interesting plot twists and unexpected moments, to the point that sometimes it’s a bit confusing. SPOILER: I love that Sam turned out to be Dossam and that Menehem found his way back into the story, but some of the twists just seemed a bit odd, why did Li try to frame Sam for trying to kill Ana (seems very random), and what is the significance of Ana getting into the temple –that whole scene felt out of place, like it belonged in another book!

The writing, though simple enough to be a fast-read, was at times awkward and/or not engaging; I found myself having to re-read sentences numerous times to get the right flow and even whole passages when I got to the end of a page and realized I was lost and didn’t know what was going on.

The setting and context of this society, a world where souls are constantly re-born allowed Meadows to address and expand upon some interesting ideas related to our own world which I thought deserved a ponder.

Reincarnation stories often implicate the concept of soulmates; this novel addresses the idea in a sub-plot, namely Tera and Ash’s rededication. I think that Meadows brilliantly capitalized on this concept to advocate for gender fluidity, that love is more than skin deep. Though gender is inconsequential to many of Heart’s soulmates, being of a similar age is a preference of most couples, thus, when one soulmate dies the other soon follows in order for their reincarnations to be close together as well.

Also regarding age, in Incarnate, “children” often leave home at the age of 13, since they are already equipped with the skills and knowledge needed to survive and provide for themselves. Ana, being a new soul, lacks this prior knowledge and stays with her mother until she is 18! I think 18 is the standard independence marker in Canada and the USA, but in many European cultures, children will often live at home much later, all through university, during their first jobs, sometimes until they get married! This makes me wonder, do we leave home when we are practically able to care for ourselves or emotionally ready to be independent?

If you were a reincarnated soul, would you want to leave home sooner than age 18?