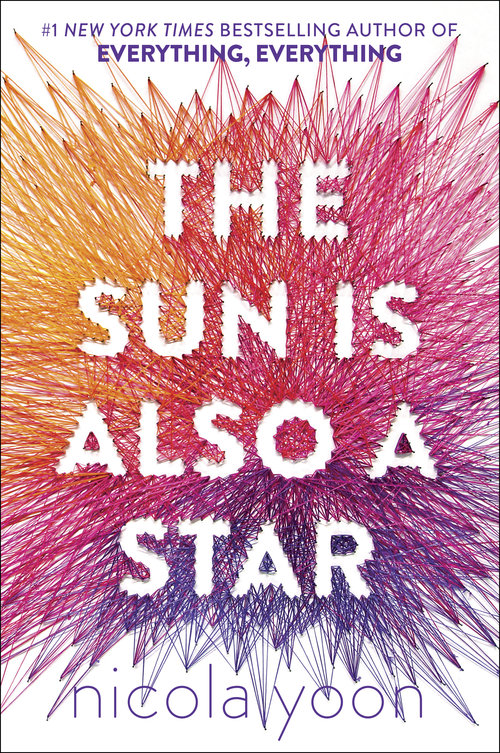 The Sun is Also a Star by Nicola Yoon
Publisher: Delacorte Press
Page count: 384
Release Date: June 2012
Rating:
Plot Summary: Natasha rules with her head, facts, and science. Daniel rules with his heart, words, and dreams. She is 12 hours from being deported from America to Jamaica; he is hours away from securing his (parent’s) dreams of going to med school. But fate has something much more extraordinary in store—for both of them.
Adapted from : GoodReads

I don’t usually like reading contemporary fiction. I find that though some stories can be great, they lack that ability to completely drag you into their world. With fantasy, so much is new, so you really get into it because you have to. With contemporary, it really is life as it is and when I read, I like to escape life for awhile. For these reasons, I’ve never really been a huuuuge contemporary person.

After reading Nicola Yoon’s upcoming novel The Sun is Also a Star, I might need to rethink this opinion.

Where to begin. There is a lot going on with this novel, so lets break it down a little.

Natasha is a Jamaican American high school senior who is hours away from being deported. Her mission throughout the novel is to find a way to overrule the decision. She proves to be a determined, maybe even stubborn, young woman, but her strength is inspiring. I wouldn’t mind being more like Natasha.

Daniel is a Korean American high school senior whose parents want him to become a doctor. Part of him wants to make his parents happy and fulfill these dreams for them. The other part just really doesn’t want to be a doctor. The biggest issue is that he doesn’t know what he wants. So off he goes for an interview with a Yale Alum, all the while looking for a sign of what he should really be doing. He’s looking for Fate with e a capital “F” to step in. That’s when he meets Natasha. 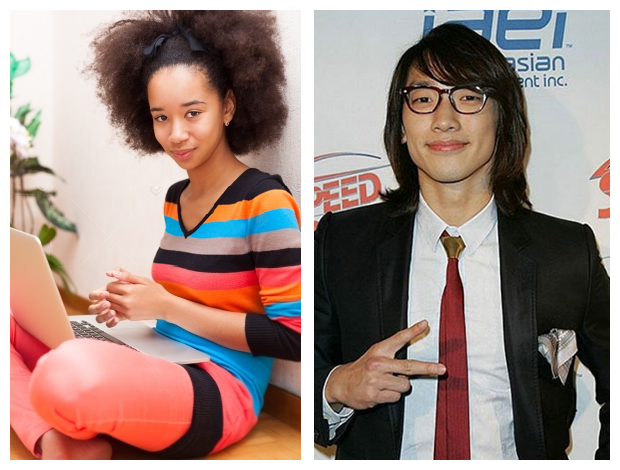 Basically how I see Natasha and Daniel

These two are an unlikely pair if I ever saw one. Natasha is logical and only believes in things that can be proven in scientific, tangible ways. Daniel is a dreamer and a poet; a poet who makes it his mission to make this logical girl fall in love with him.

Now, this novel doesn’t come out until November, so I want to be careful not to give away too much, but based on what I’ve said above, I’ll let you guess how magical the interactions between these two characters are.

I want to touch back on this because the theme of “belonging” comes back a lot in this story. Though Natasha was born in Jamaica and is technically living illegally in the United States, she is in many ways American. She grew up there from the age of 8, and her formative memories are of that country. Her friends are there, her school is there, her heart is there. It has been and is her home.

So to be told that you have to return to a place where you have no ties and you feel like an outsider must be very difficult. Natasha lives in this way on the edge of two worlds. Not totally American, but not totally Jamaican either. It made me realize how priviledged I am in that I’ve never had to think twice about my citizenship. For this reason, it really was an eye opening and thought provoking read.

On Daniel’s end, there is a moment when he talks about whether he should tell people that he’s from America or South Korea. “Where are you from” is a question that is often asked innocently enough, but I think people don’t realize how hurtful it can be. I myself used to say it all the time, but I’ve recently tried to use “What is your heritage/background/ancestry” instead, because it pays homage to an individual’s heritage without disconnecting the person from “where they are from”.

Genuinely never thought a Simpsons gif would be so relevant

(Fun side story: I taught at an international ESL camp this summer and I had one Saudi Arabian boy in my group. He asked me one day where one of the girls who I worked with was from (she’s of Indian descent), and I told him Canada. He was beside himself and didn’t believe me. I explained to him that she’d never even traveled outside of Canada and had been born here; if that didn’t make her Canadian, what did? We had this discussion a lot, and he found it very difficult to grasp. In his country, what you look like tells people where you are from. In North America, and increasingly around the world, this isn’t the case.

One final thing that I wanted to talk about with this book is the narrator. Most of the chapters are narrated by either Natasha or Daniel in the 3rd person. Occasionally however, the narration will jump to a side character or definition chapter. At first, I found this super jarring and distracting. The more I read it though, the more I realized how important it was. By having peripheral characters come into the story, we are able to see how much our actions impact those around us and vice versa. There is a word that I really love that I think applies here: Sonder is “the realization that each random passerby is living a life as vivid and complex as your own” (Source). I think that is exactly what Yoon is looking to achieve here and she definitely succeeds.

The Sun is Also a Star is an emotional, but amazing journey. It is everything diverse books need to be, and I really enjoyed it. While I don’t think I’m a converted and devout contemporary reader, Nicola Yoon has definitely made me reconsider the power of this genre and I look forward to more great reads in the future.

The Sun is Also a Star is out on November 1st 2016. Be sure to grab a copy and grab some tissues while you’re at it!

(Also, the cover for this book is incredible, but even more incredible is how it was made! Check out the process (here)).