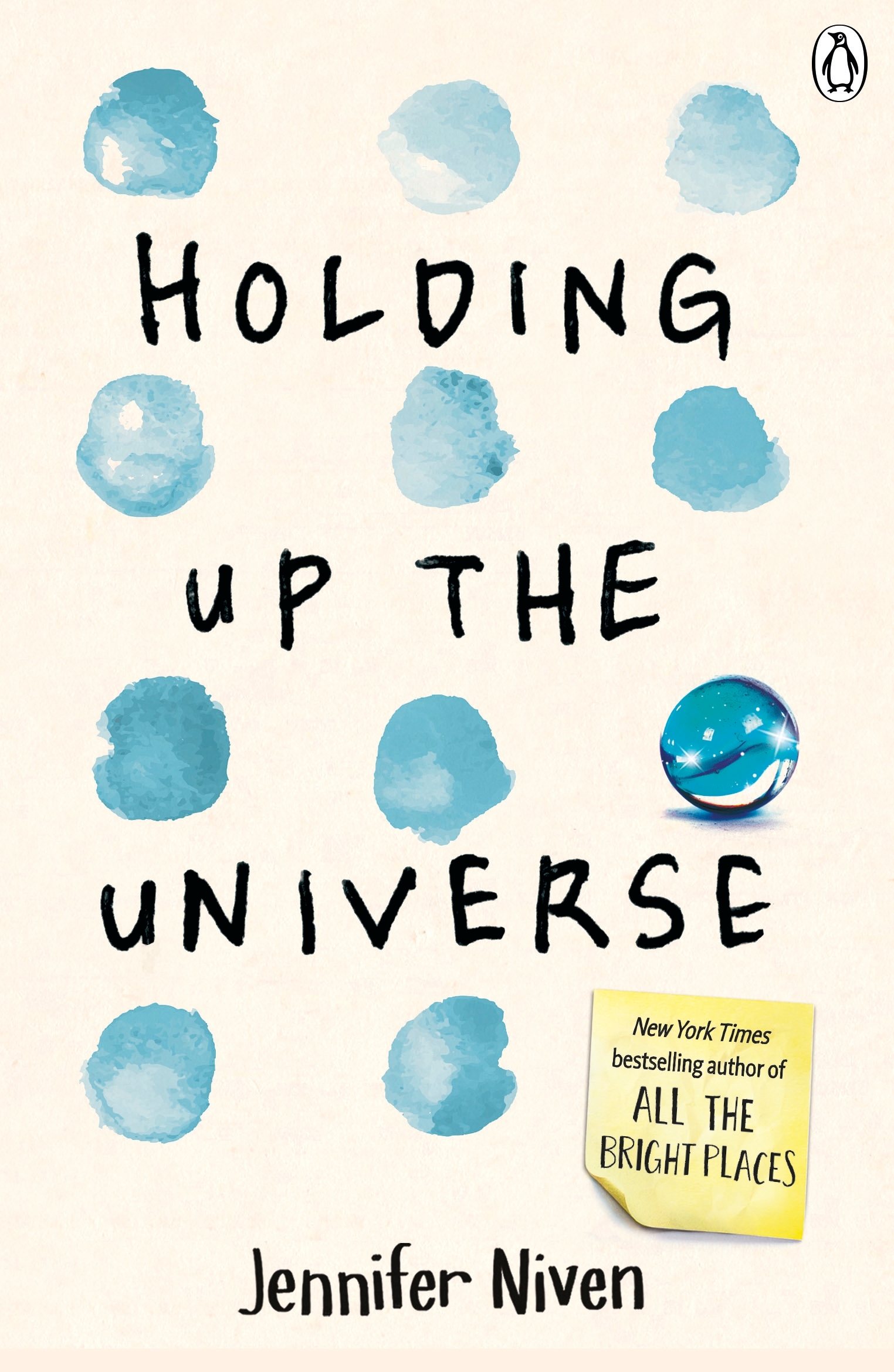 Holding Up the Universe by Jennifer Niven
Publisher: Penguin
Page count: 388
Release Date: October 06, 2016
Rating:
Plot Summary: Everyone thinks they know Libby Strout, the girl once dubbed “America’s Fattest Teen.” But no one’s taken the time to look past her weight to get to know who she really is. Following her mom’s death, dealing with her heartbroken father and her own grief, and now…high school. Everyone thinks they know Jack Masselin, too. Yes, he’s got swagger, but he’s also mastered the impossible art of fitting in. What no one knows is that Jack has a secret, he can’t recognize faces. When they end up in group counselling and community service Libby and Jack are both pissed, and then surprised. Because the more time they spend together, the less alone they feel. Sometimes when you meet someone, it changes the world, theirs and yours.
Adapted from: GoodReads

“You are wanted. You are necessary. You are loved.” This quote from the back cover of the book summarizes how you will feel after reading this book. Jennifer Niven delivers a powerful message of self-worth, self-actualization and self-acceptance through Jack and Libby – from an unsteady beginning (literally) to an unlikely kinship, this distinctive duo will capture your heart!

The plot centers around the two main characters, bringing them together is the first focal point, then their steady journey from enemies to friends becomes the new plot-point. And what a beautiful voyage it is! 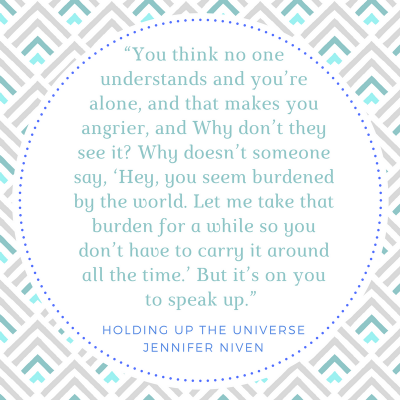 The relationship between Libby and Jack which grows throughout the novel is so interesting; Jack relies on Libby to help him identify people and trusts her with his secret, in return Jack gives Libby the high school experiences she dreamed of having… they play very different roles for each other, Libby helps give Jack confidence in identifying people and courage, and he appreciates her for the talented, slightly sassy, compassionate person that she is. And when we found out that SPOILER: Jack and his brothers were Dean, Sam and Castiel, I actually squealed!

There are also some well-formed supporting role friendships, specifically Jack and his brother Dusty; Dusty seems to be Jack’s younger but wise life guide, and Libby and Rachel who, from what I gather, is Libby’s therapist of sorts, but also a friend – serious counseling goals there! Ultimately, both Rachel and Dusty seem to be very confident and supportive people, the sort of person who is there for you but also always gently pushes you to be better. I personally think everyone should have someone like this in their life!

I loved the time jumping that Niven used, especially in the beginning of the novel – it was a bit confusing at first, but once I stopped trying to keep track of the order and consciously try to slot things in chronologically, I just read the passages and found the pieces all came together to form a beautifully whole image in my mind!

Overall Holding up the Universe was a quick and absorbing read. It delivered all the “feel-good-ness” that I expected from it and did so through two characters that I found to be quite unique! I wonder how Niven got the ideas for her characters…!

Libby is truly my hero; she is smart, sassy, kind and so determined. I love that this story showed her on the path of recovery and showed how someone recovering from life-altering moments can still be such a positive influence in other people’s lives while they themselves are still healing and growing! I simple adored the quote from Libby’s dad about living after a tragedy: “It’s not about moving on, Libbs. It’s moving differently. That’s all it is. Different life. Different world. Different rules. We don’t ever leave the old world behind. We just create a new one.” (p.370) I think this little blurb speaks volumes.

Niven’s writing style and unique characters is a winning combination for me; definitely going to pick up All the Bright Places when I get a chance!

Thoughts Provoked from the Book

While I have never experienced propagnosis, my friend who is face-blind has told me that while it is difficult for him to identity people, he has come up with coping mechanisms like hair, style and definitely voice to help him. I’m surprised that identification by voice is not so helpful for Jack… This same friend is someone who is rather quiet and tends to fly under the radar, perhaps this choice is related to his propagnosis. Blending in and making fewer, but arguably stronger, friendships (quality over quantity) technically means he is expected to recognize fewer faces. Jack takes the opposite approach, by being the life of the party he is expected to know lots of people, but on a more superficial level, where a “Hey you” is enough to get by. I can understand the concept of this, but he seems to be setting himself up to be a bit of an ass, and I don’t know why someone would intentionally choose that option.

Lori from Goodreads bring up a good point, that Jack seems overly confused at times in the book; “he seems to be confused about whether an older woman coming into his bedroom in the morning is his mother. That just seemed off to me, that there’s a lot of references to things like “This woman who I guess is my mother” or “This woman who is probably my mother.” It just seems like he wouldn’t be as confused about that as he comes across in the book.” My take on this was that I think he does know that the woman in his home is his mother, he’s just facing a serious identity crisis in not seeing himself and being slightly in denial and very stubborn about his propagnosis, and I think it makes him cynical and overly dramatic. He clearly knows the woman in his home is his mother, but I think some part of him is insecure in his knowledge because of his lack of being able to 100% identify her, this uncertainty then manifests as sarcasm.

When I first started reading the book I was worried about Libby’s self-confidence, worried this would be a story about a girl with low-self esteem grappling to find self-worth, let me tell you, I was so so so glad that it wasn’t! Libby has mad self-confidence and I love that, she constantly surprised me. I love the strength and courage that Niven gave her. We need more badass female characters like Libby!