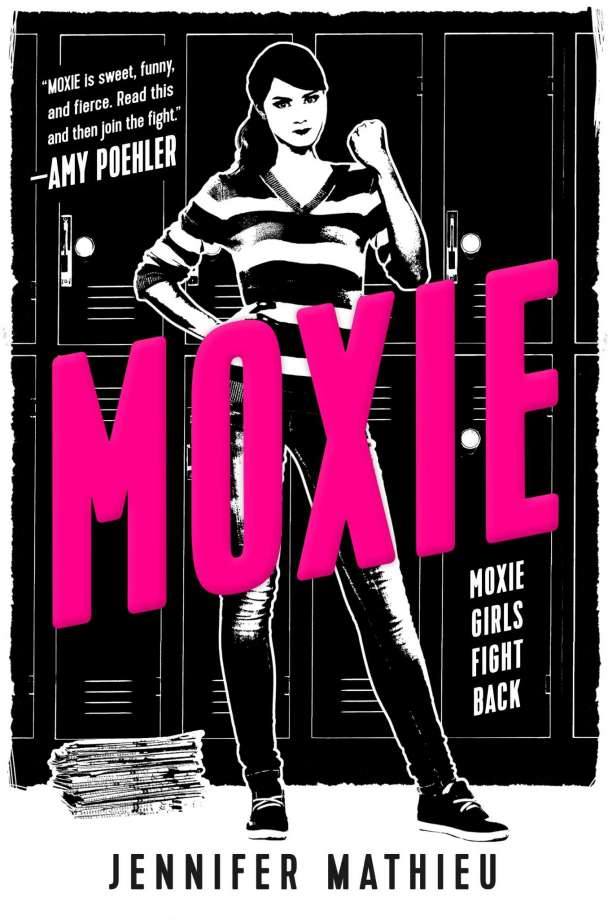 Moxie by Jennifer Mathieu
Publisher: Roaring Brook Press
Page count: 330
Release Date: 19 September 2017
Rating:
Plot Summary: Vivian Carter is fed up. Fed up with her small-town Texas high school that thinks the football team can do no wrong. Fed up with sexist dress codes and hallway harassment. But most of all, Viv Carter is fed up with always following the rules. Viv’s mom was a punk rock Riot Grrrl in the '90s. When Viv creates an inspired feminist zine that she distributes anonymously to her classmates, she’s just blowing off steam, but other girls respond. Pretty soon Viv realizes that what she has started is nothing short of a girl revolution.
Adapted from: GoodReads

Moxie is a feminist starter pack for those who aren’t too sure about feminism and for those who already proudly proclaim themselves as such. This novel is equal parts entertaining and inspiring; A YA novel with a purpose!

This novel perfectly captures the difficulty of wanting to share an important message, but being worried about getting in trouble and/or getting a bad reputation for having an unpopular opinion. Vivian is “dutiful”, or at least that’s what people around her keep saying, but her narrative voice shows a more complex reality. Vivian, like any teenager is growing, maturing, learning to ask question and starting to form her own opinions. She lends her voice to a movement, and through the movement then finds her own voice and it’s awesome to see. Of course reconciling this new voice and more complicated opinions with her old friends, reputation and even her previous views is not always easy, but it’s certainly interesting. 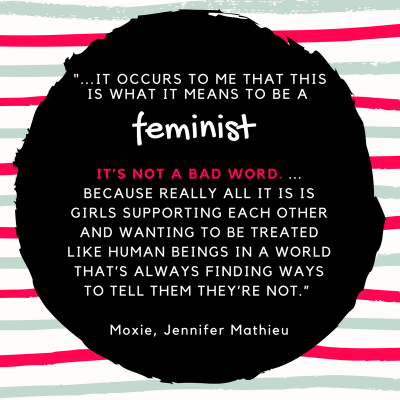 I also found it really noteworthy that Jennifer Mathieu chose to create this movement entirely offline. Everything from the zines to the events, from the advertisement to the actions was accomplished IRL – this novel goes a long way towards proving the effectiveness of the personal touch, even if it is anonymous! ;)

Seth shines as a secondary character, simultaneously super considerate, consent is so sexy, and at times totally obtuse, but in the end willing to admit to his flaws.

Are you intrigued yet? Just go read it, you won’t be disappointed I promise!!

What I liked about this novel is that it felt like the main story was the discovery and gradual warming to the term and concept of feminism, and the sub plot were all the little things that go along with that – unity through like-mindedness, acceptance of change, female empowerment, the challenges of understanding the viewpoints of the opposite sex, standing out for a cause. It seems to me that in 2017, too many people are like Claudia, unwilling, unable, or just uncomfortable calling themselves feminists, because there is a lack of understanding about the meaning of the word. Feminist is not about hating men, it’s about empowering women, and it’s about all people being worthy of the same opportunities and the same respect. For me, this book is a beautiful unfolding of the concept of feminism in a modern teenage world.

I especially loved how the zines would label actions which might be downplayed in a high school as “antics” and called them out for the inappropriate actions they were: sexism, harassment, assault. It listed facts and reasons, appealing not to emotion, but to logic. Of course, there were also times when I was reading that I got goosebumps and found myself teary-eyed, or could not keep from laughing out loud. Mathieu’s plot and narrative contain a perfect blend of candor and emotion.

Every teenager should read this book! I feel like it has an important message about feminism, about not tolerating wrongdoings, and about the creation and development of a positive movement that would be beneficial for all teens, males and females, to be aware of.

What YA book(s) have you read recently that you would recommend to all teens today?